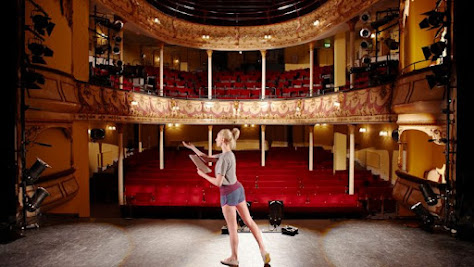 I have a lot of theatre friends, and they tell a lot of theatre stories. It seems to be the national pastime for theatre artists to tell why this production was great, or something interesting that made this production a living nightmare. I think we all have them and having been in nearly 300 plays in my lifetime, I can honestly say that most of these problems come from poor planning. Everyone thinks that the magic of the show requires an alchemy of the right factors that create an atmosphere where everyone is working toward a goal and everyone gets along. While this is nice, it’s not always necessary for a production to come together. Here are the things that I feel need to happen in order for you to have the best possible production that you can have.
Production Meetings

If we harken back to our times when we were drama students, if we went to an amazing school, they were meeting way before the production began. There needs to be at least four meetings before the first rehearsal. These would include but are not limited to:

Opening Meeting — This is the meeting where everyone gets to know each other, gets to bounce ideas off of each other. Realizes the best way for everyone to collaborate, discusses challenges of the particular show and the director usually has a basic concept statement. Everyone leaves realizing that they have a next meeting to attend with analysis prepared.

Analysis Meeting — The director and the designers have done their analysis of the play. They have picked it a part to look at the various ideas of the play and then they put the play back together to look at the bigger meaning. The director does his best to moderate the designers and use their input to create a bigger idea from his original ideas. Each leaves knowing that they need to have something for next meeting.

Design Meeting — Everyone brings in their designs and a rough scape of what they show should look like. This could be models, sketches, designs, collages, and various other looks. Everyone brings this into the meeting with a show and tell mentality and look. Director discusses designs with the designers and possible avenues of improvement or direction with the overall production. Everyone leaves with changes or adjustments that need to be made.

Finalizing Meeting — Designers bring in their final designs and implementation plans. At this meeting, everyone puts the show together and a daily, weekly and production list of things that need to be done. The production decides the manpower that this will need in order to complete the project and creates a rough schedule of the amount of people required to make the show move. Design meetings are not completed without a finished production calendar.
Auditions

This is the first time that the public has been invited to your production. Our current culture has made auditions a performance. All one has to do is to look at The Voice or American Idol to see that auditions are interesting. It’s a time when someone gets to show you what they have been working on and it’s the time for an actor to work on something new. Directors can tell when the same tired monologue has been trotted out for everyone to see because the actor doesn’t seem to be taking risks. But the goal is to find the best actor for the part. That’s what ultimately auditions are for. If they can, the designers should be at auditions. This rarely happens in community theatre, but the question is, how is someone going to make a costume for someone when they don’t have the proper clothes to fit the person. While this seems inconsequential, it’s very important in the overall scheme of things.

Auditions should include cold readings, prepared monologues, adjustments and lineups. If you’ve never heard these terms, maybe it’s time to go back to the drawing board on your audition process.

As an actor, you should bring everything you’ve got to the auditions. Look at auditions as performances. This may be the only time you get to act in a role that month, so make it count. Be prepared by being very familiar with all the characters, their relationships, and the overall story. What does this mean to you? Most actors are guilty of not reading the script, maybe watching the movie or saying to themselves they knew what this play was about. Maybe you knew when you first read it but you are different now. You’ve slept more. You’ve grown. You are a different person than you were ten years ago. You have different experiences that resonate in different ways. So be familiar with the play. It’s the best possible thing you can do.
Rehearsals

Rehearsal is the most wasted time in the world if the director, actor and stage manager are not using their time wisely. The actors job is to know the play backwards and forwards. The rule I’ve always followed is that by the second time you visit a scene, after blocking, you should know your lines. Line memorization is a by-product of the work that you do on the script that you have. If you haven’t worked on your script, the easiest way to see that is that you don’t have your lines memorized. It’s donkey work. It sucks to try to memorize a whole script, but you can do it because you have to and it makes you better. Read your script one-hundred times. Make one-hundred discoveries.

The director runs rehearsals and is conscious of his actor’s time. Especially if it’s volunteer. Theatre in america thrives on a volunteer workforce, and so those people who are volunteering do so on their own terms. Not yours. So getting great performances out of them requires and installation of the idea of what it means to have a great performance.

Always start your rehearsal process with a read-through of the entire script. Talk about what the meaning of the script is and will be. Discuss relationships between characters and how that differs between the relationships between the actors. After the first week of rehearsal, I like to do a bonding exercise where you have a dinner or with larger casts an outing giving those individuals a chance to bond outside of rehearsals. There’s something about sitting around a table that makes casts work together better. Sitting around a dinner table eating with each other takes the guard down.

The director wants it to be a great experience, but the director is extremely busy if he’s a good director. He’s not there for you, but to make the overall experience of the show great. You take care of your character and decide what you want to bring to the table. You’re creating a life that someone has lived their entire life, and it’s a little you and a little them. But you only get to live sixty to eighty hours as them and they have lived their whole life as who they are. So you don’t have time to mess around. You have time to create a life, it’s not a summer camp. Go to summer camp if you want to play around. Create a life.

Everyone in rehearsal should come in every time with a goal in mind for who they are and what they want to do. A goal for rehearsal is closely tied to a vision for rehearsal. On the way to rehearsal, I like to visualize what an ideal rehearsal would look like and to bring that into the rehearsal. An imagination is the best tool for an actor, but if it’s not brought into the rehearsal, then it’s useless. In an era where everyone with a camera wants to fill in the blanks of our imagination, the person who eliminates distractions is the person who gets ahead. Bring your A-Game when it comes to imagination. Go into rehearsal with a goal, test that goal, and then see if you achieved the goal by reflecting afterwards.

At the end of the process, everyone is tired. Usually people don’t take care of themselves. The performance is the big game where all of the hard work has brought them to this moment. This is the time to celebrate all of your hard work. The director has gone on to do other things. The actors are in charge of their performances and the stage manager is responsible for keeping the show in order. The most important thing in this process is to take care of yourself. Get plenty of sleep, eat right and recover as needed. You are responsible for keeping the consistency of the show and you make or break it. So get everything you need to get done in the time and place that you need to get it done. People learn from other people more than they learn from the teacher or director. This means that if you honor the process, then everyone else will follow your example. If everyone follows the same bad habits, then everyone will learn the same bad things and nothing will be moved forward.
I highly suggest that you get a vaporizer. This vaporizer will be your best friend and will help you get through the production. Also, warm up. And cool down. Get your voice, body and mind ready for the performance. If everyone does their job rather than doing everyone else's job, you have a better chance of the production running smoothly.
In Conclusion

At the end of the day, it all comes down to whether we want to do what has worked for generations or choose to disregard that and do our own thing. There are many successful pizza shops out there and their success comes down to one thing, how they make a pizza. And how Papa John’s makes a pizza is completely different from how Pizza Hut makes a pizza. It’s up to you to find your secret recipe and keep refining it through trial and error. As it grows, you will continue to make your productions better and better until your theatre becomes world class, but this won’t happen overnight. Start where you are and have a ten year plan for where you want to be. Stand on the shoulders of giants and learn from the past to plan for the future. Let’s all decide to honor the process and truly create great art.
at March 01, 2022

"Love what you do and do what you love. Don't listen to anyone else who tells you not to do it. You do what you want and what you...

Unknown
From Seminole, Oklahoma. Raised by my mother. Studied Theatre and Communications. Dad to two girls.

Starr Hardgrove is a lifelong creative and entertainment enthusiast who lives in Tulsa with his two daughters and one dog. He loves to laugh, write and make great art.

Where I flip toys for money. Buy Stuff.

Listen to My Podcast

I ramble and call it a podcast. Enjoy.

I'm a creator at TikTok of many different things. Come Like a Video and I appreciate your comments.